Everything We Know About Avengers Campus at Disneyland

Everything We Know About Avengers Campus at Disneyland

Sharing helps me grow, thank you!

Avengers Campus is a new super hero-themed Land that was expected to open in summer 2020 at Disney California Adventure park. Get all the top details on what to expect including rides, shows and dining. I have the intel on whether Avengers Campus at Disneyland will be kid-friendly and if you’ll need to be a huge Marvel fan to appreciate this new destination hot spot!

Disneyland is Closed – Will This Affect Avengers Campus Opening?

Shortly after the expected opening date for Avengers Campus was announced, Disney parks were placed on a temporary closure. It’s a preventative measure for now. The opening date of July 18th, 2020 has been removed from the website and replaced with “Coming Soon”. For now, there’s not been an official announcement in regards to the change but I’ll update if I hear anything. 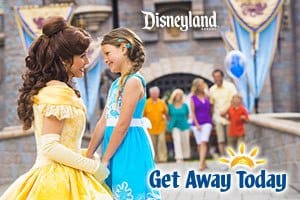 What is Avengers Campus?

The backstory of Avengers Campus at Disneyland is that the world’s super heroes recognize the need for help in saving the universe. The Avengers Campus attractions will allow regular guests to train and team up with Marvel Super Heroes in interactive and innovative ways. The entertainment expected in Avengers Campus will give everyone a chance to get in on the action and truly immerse themselves in the Marvel story.

I attended the “Summer of Heroes” back in 2017 and it was obvious even back then that Disney was excited about their partnership with Marvel. And guests responded. Lines for character meet ‘n greets with Marvel super heroes continue to be some of the longest in the parks. It’s obvious that Disneyland guests want more super heroes and more Marvel. Fortunately they won’t have long to wait with the introduction of Avengers Campus! 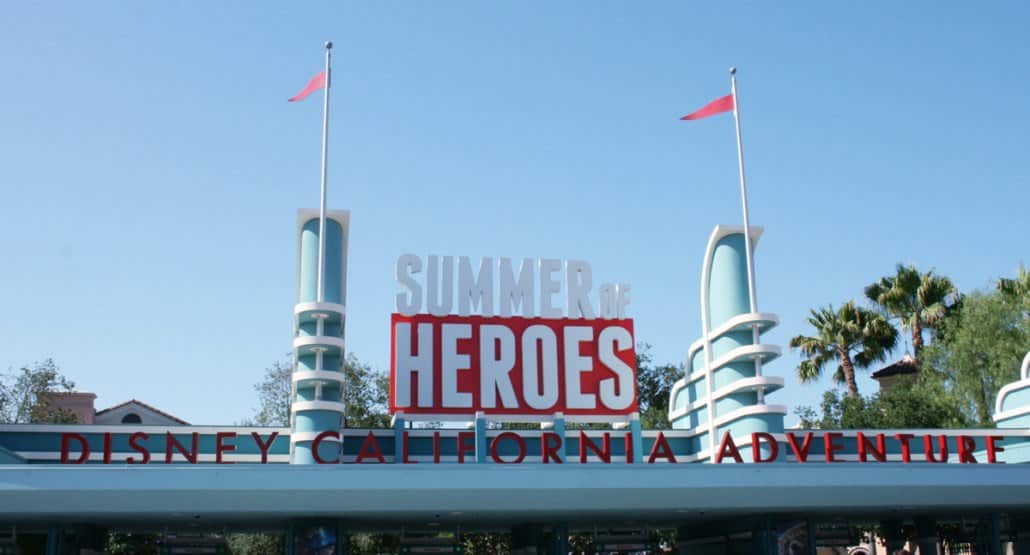 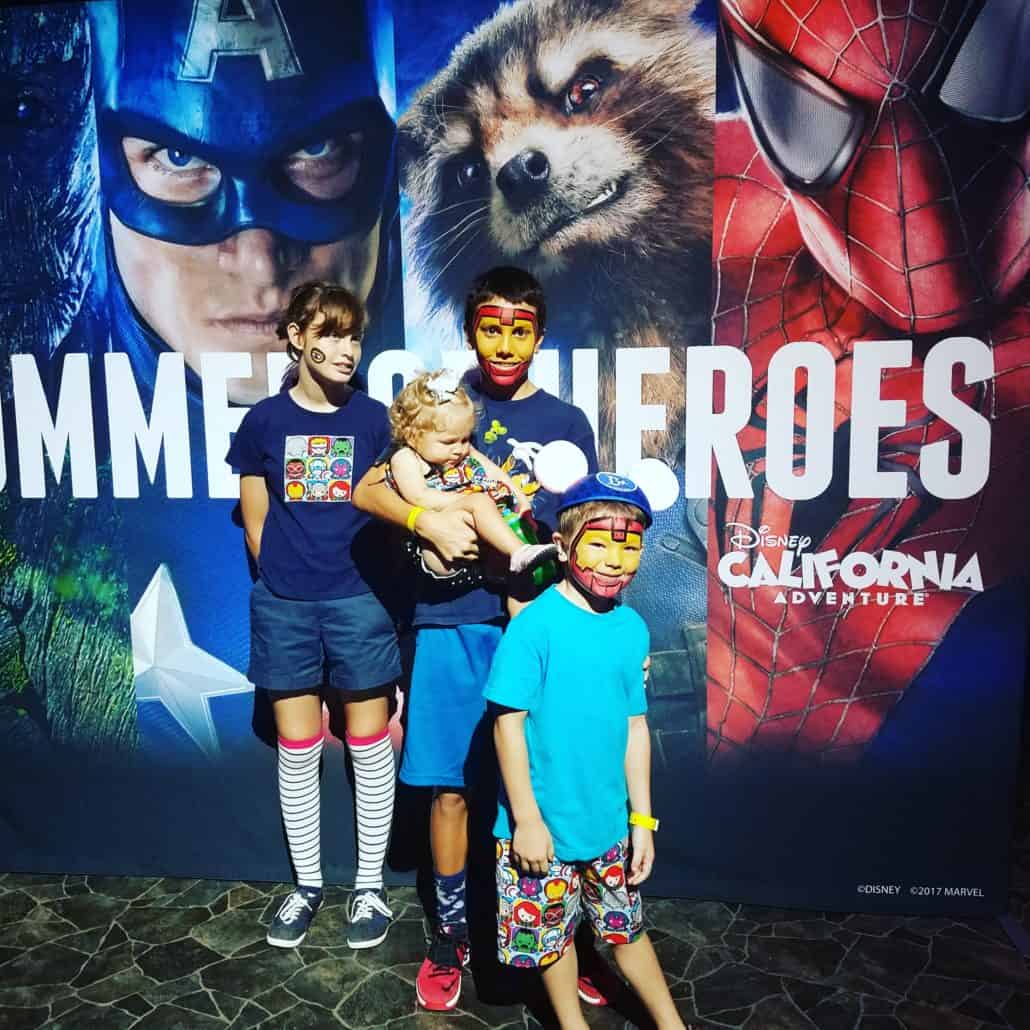 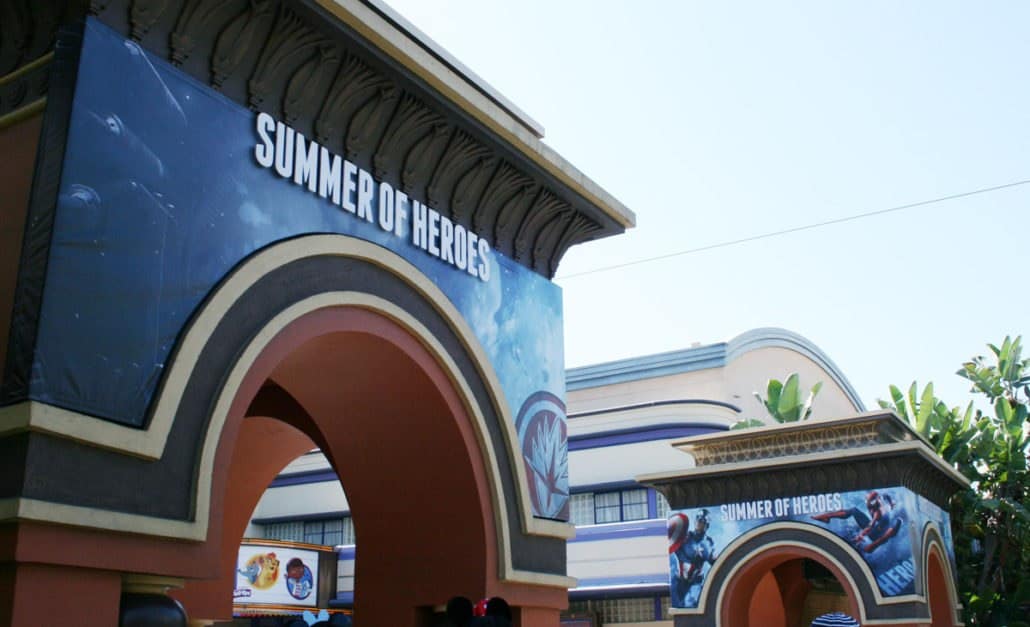 When is Avengers Campus Opening?

Avengers Campus was set to opening in summer at Disneyland 2020, with an opening day as Saturday July 18th, 2020. However with closures at all Disney parks and construction delayed, the July date has been removed and replaced with “Coming Soon”. No news yet on whether this means the opening will be delayed a few months to open later in 2020. Or whether Avengers Campus will be pushed back for the entire year. I’ll continue to update this post when more details are announced.

My friend Jessica from The Happiest Blog on Earth and I offer more details about Avengers Campus on our podcast for Disneyland With Kids.

Avengers Campus is being built inside Disney California Adventure at the Disneyland Resort. Avengers Campus will stand on the lot that was formerly “a bug’s land” and will connect to the already-operating Guardians of the Galaxy – Mission: BREAKOUT! 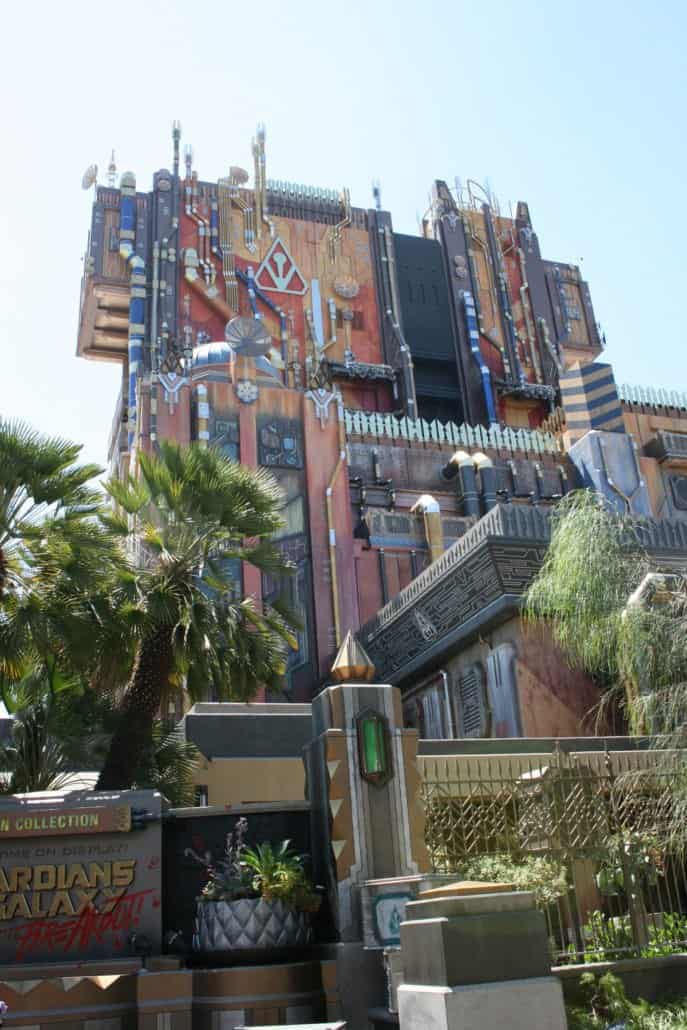 What Attractions are Coming to Avengers Campus?

The plot line behind Avengers Campus is that the super heroes are recruiting and training. The Land will allow regular guests to “become super heroes” through these attractions! Not all of the details have been released about what’s coming to Avengers Campus but they are trickling out new information. The hashtag #LetsGoBeHeroes has been released so you can watch social media for updated details (and of course I’ll add it here as I find out).

What will be at Avengers Campus at Disneyland:

Note that Avengers Campus is going to be opening in phases, not unlike Star Wars: Galaxy’s Edge at Disneyland (most of the Land opened in phase one, with the E-Ticket Rise of the Resistance opening over 7 months later). Avengers Campus phase one is slated to open July 18th, 2020 (editors note: delayed date now says “coming soon” at Disneyland website). Phase two will open later and no firm date has been determined.

There are to be two completely new attractions inside Avengers Campus at Disneyland. The first will open in phase one, with the second unknown attraction coming in phase two.

Held inside the Worldwide Engineering Brigade (aka: WEB), this 3-D attraction is perfect for the entire family. No height requirement, for which I’m so excited! I’m always glad to hear that Disney has created a new attraction that leaves no family member behind. Super heroes young and old will be able to ride together.

Guests will be using their hands to “sling webs” in an attempt to collect Spider-Bots. Actor Tom Holland reprises the Spider-Man role from the movies. I think guests will love experiencing testing their spidey-senses and the super power of slinging webs!

Not too many details yet about this yet-unnamed attraction but here’s what we do know. The attraction will be housed inside the Avengers Headquarters building. This building (opening in phase two) will become the entrance to a new E-Ticket attraction. Recruits will step aboard a Quinjet to fly alongside the Avengers, taking them on an epic adventure to Wakanda (and beyond)! This attraction will be an innovative ride system, placing guests in the midst of the action.

Set to take place on the roof of the Avengers Headquarters, featuring live-action entertainment. Expect to see favorite characters as they race off to their next adventure.

Have you seen the Spider-Man animatronic that was featured on the Disney+ Imagineering Story? It’s truly amazing! I can’t wait to see it in action, performing acrobatics 65′ above the rooftops!

Explore magical artifacts in the ruins of Doctor Strange’s Sanctum. Guests will train in the mystic arts alongside Doctor Strange, bringing the Sanctum to life with their powerful spells. Return in the evening to see how the area transforms with glowing colors and lights.

Look for this training encounter by the Black Panther’s bodyguards, Dora Milaje. Member of this royal guard will train guests on the wisdom from Wakanda, lead by leader Okoye.

Which Super Heroes Will You See at Avengers Campus at Disneyland

As has been proven already at Disney California Adventure park, the character meet ‘n greets with Marvel characters are popular. Lines to meet Captain Marvel, Spider-Man and Black Panther characters are consistently lengthy. These character greetings will be moved from Hollywood Land into Avengers Campus with a new line-up of heroes meeting with guests.

The food options at Disneyland parks have been getting more and more creative over the years. This has been proven at the recent festivals including the Disney California Food and Wine Festival. That said, I’m most looking forward to what’s in store for us with dining at Avengers Campus!

There will be three places to purchase food and drinks in Avengers Campus. Pym Test Kitchen (quick service dining) and the adjacent Pym Tasting Lab for beverages. In addition there will be, two food carts, Shawarma Palace and Terran Treats.

There’s already been some food descriptions and images released for dining options coming to this unique quick service restaurant. A few fun things to watch for:

Alongside the Pym Test Kitchen, will be the Pym Tasting Lab for alcoholic and non-alcoholic drink “experiments”.

This treat cart near Guardians of the Galaxy – Mission: BREAKOUT! will offer uniquely flavored churro spirals. Guests will delight in the Cosmic Cream Orb with a crispy outer shell and whipped raspberry cheesecake mousse filling.

There will be at least two merchandise locations inside Avengers Campus. WEB Suppliers store will offer light goggles, web shooters and more. Campus Supply Pod is where guests will find clothing, hats and other apparel.

True to Disney, there are still plenty of great souvenirs that will be appropriate for younger kids. After battling Spider-Bots inside WEB SLINGERS, kids can take home their own battle-worthy companion. Interactive remote control Spider-Bots will be sold alongside tactical upgrades that change the appearance and battle capabilities. These tactical upgrades will be inspired by Black Panther, Iron Man, Black Widow, Ant-Man and The Wasp.

S.T.E.M. Compound kits encourage scientific exploration at home (including make your own webs or goo). Funko Pop! vinyl figurines are nice collectibles like kids enjoy as well.  Backpacks carry all the gear!

Do I Need to Watch the Marvel Movies to Appreciate Avengers Campus?

I’m going to come right out and say it. I’m not a huge “super heroes” fan. I’ve only watched a handful of the films and know some of the characters only in passing (this is not due to disinterest but a lack of time to catch up on movie watching!) But a new Land at Disneyland is always reason to celebrate! And if Avengers Campus at Disneyland is half as exciting as it sounds, well then I’m here for it.

So do I need to watch the Marvel movies to appreciate Avengers Campus? Probably not. But, in a way, maybe? When Star Wars: Galaxy’s Edge opened, I stated that you didn’t really need to be a fan of the movies to enjoy this new Land. Does it help to have seen the movies and understand some of the plot lines? Yes, especially for Rise of the Resistance, when newer characters are in the attraction.

What about other immersive Disneyland areas, like Cars Land and Pixar Pier? Yes, these Lands stand alone but it also does help you “get” the attractions more when you’re invested in the characters. So yes, again having a familiarity with the movies does help.

No, you probably won’t need to have seen all of the Marvel movies to enjoy Avenger’s Campus. But having an understanding of plot lines might make the attractions more fun. So I think I need to etch out some “me time” to catch up on watching the Marvel movies in this order, as my friend Tania at Lola Lambchops suggests!

Will Avengers Campus Be Kid-Friendly?

I was one of the Disneyland regulars who lamented the demise of “a bug’s land”. This was a popular Land for us at Disney California Adventure, with rides my toddlers and preschoolers loved. Since “a bug’s land” left, there have been a few more attractions added to the park that are good for preschoolers at Disney. This includes the remake of King Triton’s Carousel into Jessie’s Critter Carousel and the addition of Inside Out themed Emotional Whirlwind (a re-skin of “a bug’s land” Flik’s Flyers). 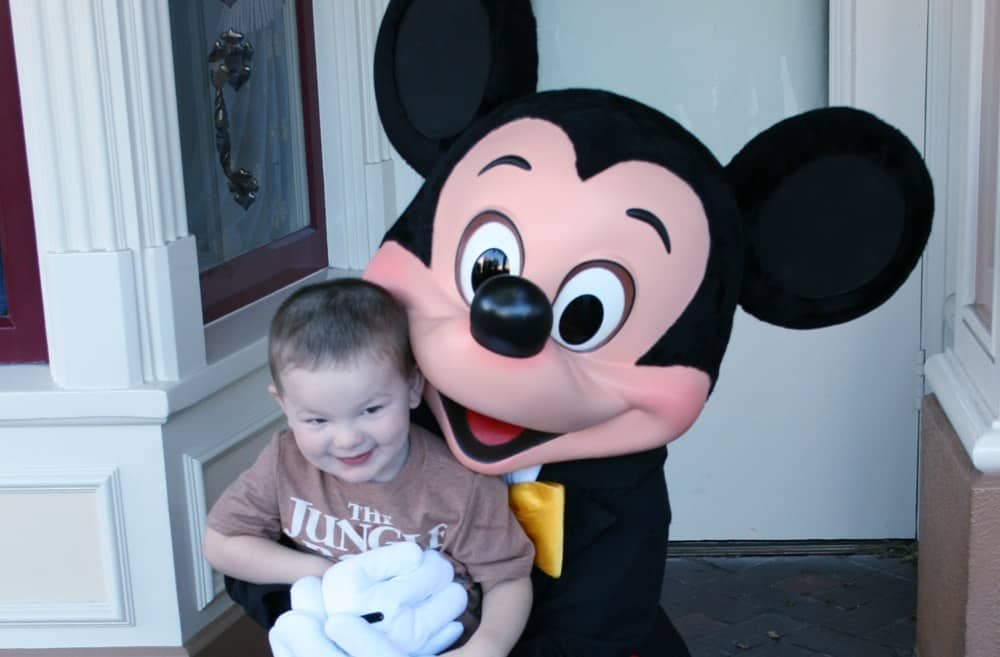 But with a preschooler who is skittish on some rides and doesn’t meet the height requirement for others, I still struggle to find enough attractions for her at Disney California Adventure. As the mom of a young kid, I wonder if Avengers Campus will be kid-friendly?

It was recently announced that that WEB SLINGERS: A Spider-Man Adventure will not have any height requirements. For parents of young children, this is fantastic news. As helpful as Rider Swap is, it’s even better to be able to bring babies, toddlers and preschoolers onto the attractions with the rest of the family. Regarding whether this attraction will be too scary is yet to be determined. But I’ll definitely report back after opening day with my thoughts on the kid-friendly nature. 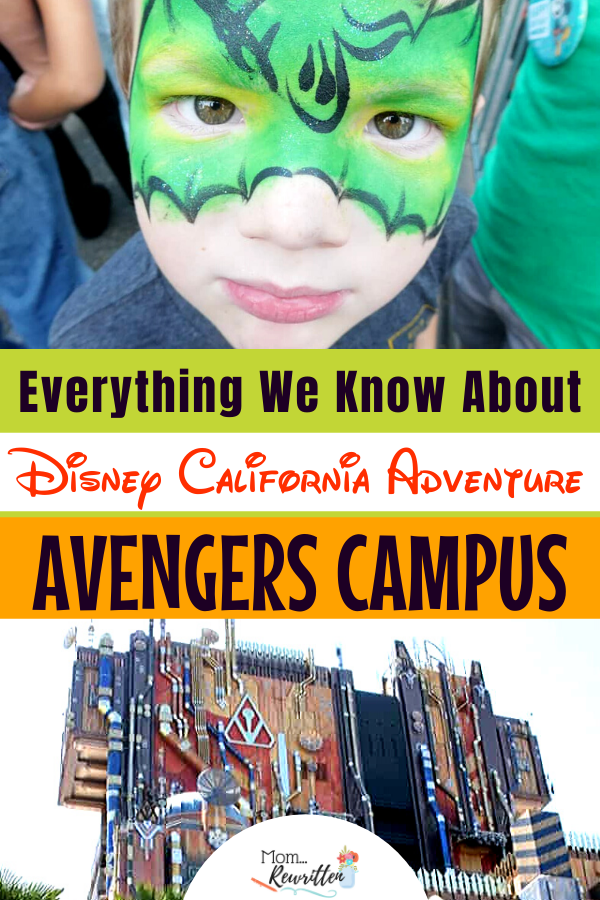 2 thoughts on “Everything We Know About Avengers Campus at Disneyland” 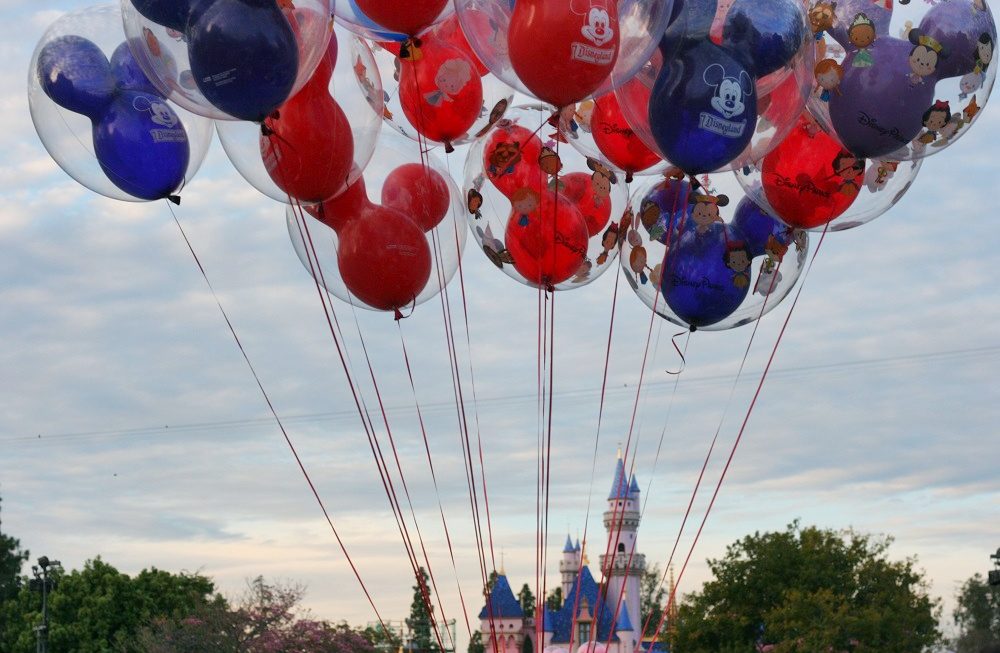 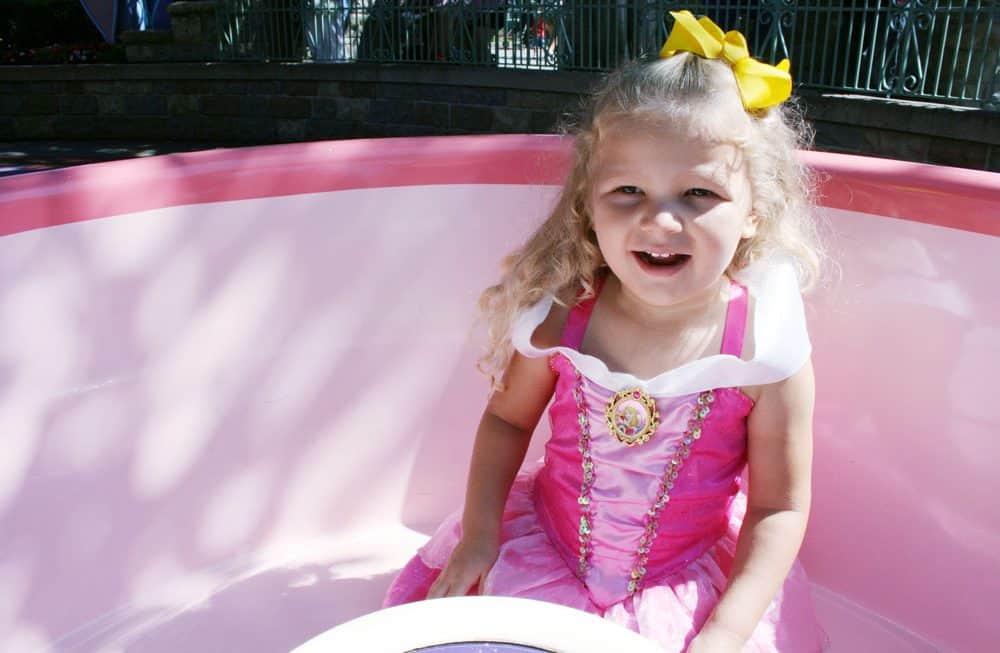 Back To Top
117shares