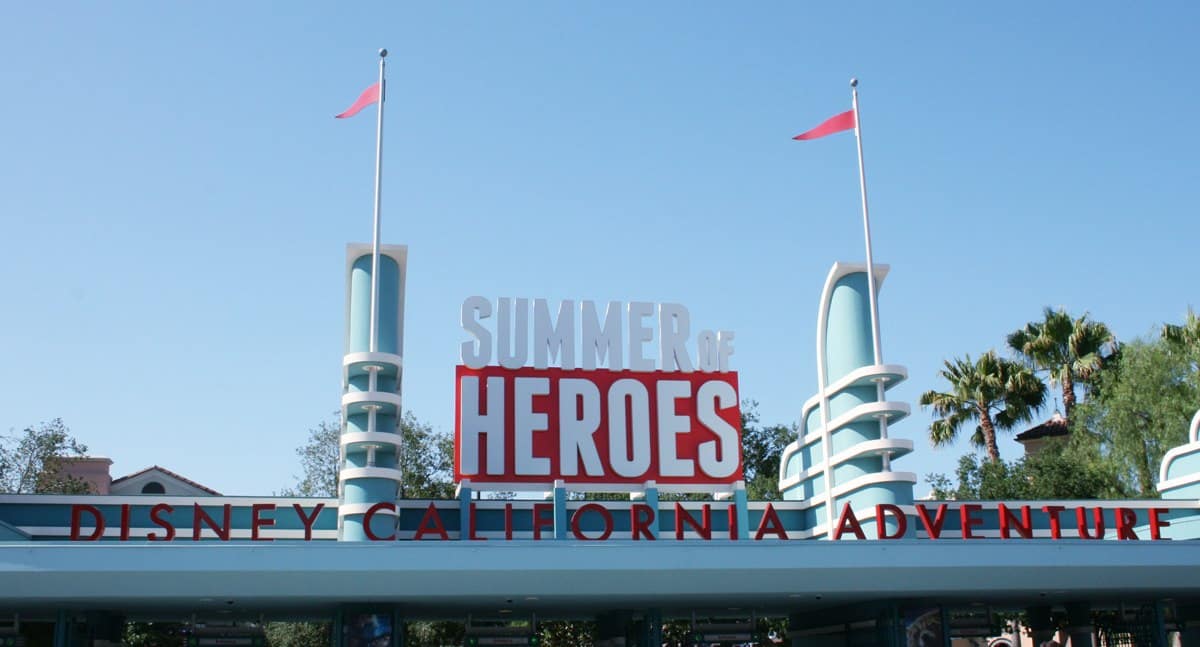 So much exciting news has been developing at the Disneyland Resort this summer! From the Marvel-inspired Summer of Heroes, new and updated rides and attractions, the release of MaxPass and the building anticipation of Star Wars: Galaxy’s Edge, there’s tons to explore! Find out what’s new, what’s returning and what’s coming to Disneyland Parks. I received complimentary Park Hopper tickets and MaxPass for myself and my children to attend a Family Media Day event at Disneyland. All thoughts and opinions are my own.

As you enter Disney California Adventure Park, you can’t miss the huge Marvel-style signage above the entrance. It’s the Summer of Heroes at Disneyland and there are several new things going on in the Parks. Some of these events will be ending when Halloween Time arrives. Other attractions are here to stay! Check out this video from Disney Parks Blog that outlines what’s happening at Disney California Adventure park for the Summer of Heroes event:

There are some super bites for guests to enjoy representative of Summer of Heroes! I’m mean, how cool is that Groot Bread! I had the chance to try several dishes. The yummy Obviously Nachos are made with fried blue corn tortillas and topped with red pepper cheese sauce, mojo-marinated chicken, chipotle crèma and green onions. Multiverse Parfait was rich and delicious (Chocolate cake layered with white and dark chocolate mousse and cherry jelly, topped with chocolate ganache).

Guardians of the Galaxy: Mission BREAKOUT

The jewel of the Summer of Heroes is the most grand attraction, Guardians of the Galaxy: Mission BREAKOUT. This ride opened to guests earlier this summer. While my three kids rode, I stayed behind with the baby. I thought since this new ride had previously been The Twilight Zone: Tower of Terror there might be some similarities. As my eldest explained, “It’s nothing like The Tower of Terror!” I’m looking forward to visiting again soon so I can ride and see for myself! Guardians of the Galaxy: Mission BREAKOUT attraction remade over the Tower of Terror at Disney California Adventure Park.

I’ll admit that I was a little fuzzy on the details of MaxPass up to our recent visit. This new feature had debuted about a week before my trip and I’d not done much research. Fortunately it’s a very easy program to use and saved us immense amounts of time!

Here’s an outline video from the Disney Parks Blog on how MaxPass works:

A few of my own thoughts about MaxPass. At a cost of $10 per ticket, per day (along with unlimited PhotoPass downloads) I found this to be a good value. My family and I were able to experience 24 rides on our single day visit (over the course of 13 hours). This was on a summer Saturday in July!

While we were leaving one attraction, I was able to arrange a MaxPass reservation for our next ride. I appreciated being able to access the app to see which times were available next. This allowed me to pick and choose the next available time for an attraction that was nearby. This allowed us to maximize time and eliminated unnecessary running around. I also liked that I could quickly scan all available open MaxPass and pick and choose which attraction I wanted. This meant I didn’t have to physically go to the attraction to see the return time before choosing that reservation.

I even found that I was able to hold several MaxPass at the same time, something that didn’t happen for me when using the old FastPass system.

I feel that MaxPass truly did maximize our visit and streamlined our time spent in queue. We never spent longer than 20 minutes in any one line all day, even for the E-Ticket rides like Radiator Springs Racers, Space Mountain and Guardians of the Galaxy. Here is my video review of how MaxPass worked for my family:

Two new FASTPASS locations means that lines will be moving more swiftly! For the first time guests can book a FASTPASS for Toy Story Midway Mania and the Matterhorn Bobsleds. These two attractions are also available on the MaxPass system. FASTPASS continues to be complimentary to any ticket holders for the duration of your visit. MaxPass costs $10 per ticket, per day. Paper FASTPASS is only a reminder. You’ll need your park ticket to redeem FASTPASS.

The Rivers of America re-routing and Railroad track construction is complete. This means that the Mark Twain Riverboat, Sailing Ship Columbia and Davy Crockett Explorer Canoes are back on the water! And Pirate’s Lair on Tom Sawyer Island has reopened as well.

Here is a video from Disney Parks Blog that celebrates their return.

After being closed for a year, the Disneyland Railroad reopened on the day of our visit (July 29th, 2017). Several elevated trestles have been installed along the tracks and for the first time the train makes a left turn along the route.

With the Railroad reopening another often-forgotten attraction has been rejuvenated as well. Just after leaving the Tomorrowland Station, the train enters The Grand Canyon and Primeval World dioramas. This attraction has always been one of my favorites and the new updates don’t disappoint! The dioramas look refreshed and have been updated with projections that add even more interest to the dramatic scenes.

With the reopening of the pathway between Frontierland and Fantasyland, guests can now access the path that will lead to Star Wars: Galaxy’s Edge. Though this new Land won’t be opening until 2019, the excitement is already building for what will be an amazing new addition to Disneyland Park. This is to be the entrance to Star Wars: Galaxy’s Edge. The pathway leads under a new bridge for the Disneyland Railroad.

Here’s a “fly-through” of the model that will be Star Wars: Galaxy’s Edge from the Disney Parks Blog:

This new restaurant opened to guests earlier this year, in celebration of the feature film Beauty and the Beast. The Village Haus Restaurant in Fantasyland has been transformed into a French chateau, the Red Rose Taverne.

I dined on the Beast’s Burger, which was over-the-top yummy. A Gray Stuff Gateau (white chocolate mousse and red velvet cake with a sweet raspberry center) is offered here for dessert. We’ve heard mixed reviews so we skipped it this time.

This restaurant is being called a “limited time offering” but it’s still going strong several months later and I’m not sure when it will be ending. This long-running nighttime spectacular returned to Disneyland Park mid-June with updated technology. Guests who wish to watch Fantasmic! should grab a FastPass early in the day. This will allow you entrance into a reserved viewing area (you are unable to watch the show with this ticket).

There is a Fantasmic! Dining Package available, which offers you a meal along with that reserved FastPass ticket. Choose from Blue Bayou, River Belle Terrace or Hungry Bear Restaurant. The dishes look delicious and the desserts are even more amazing. 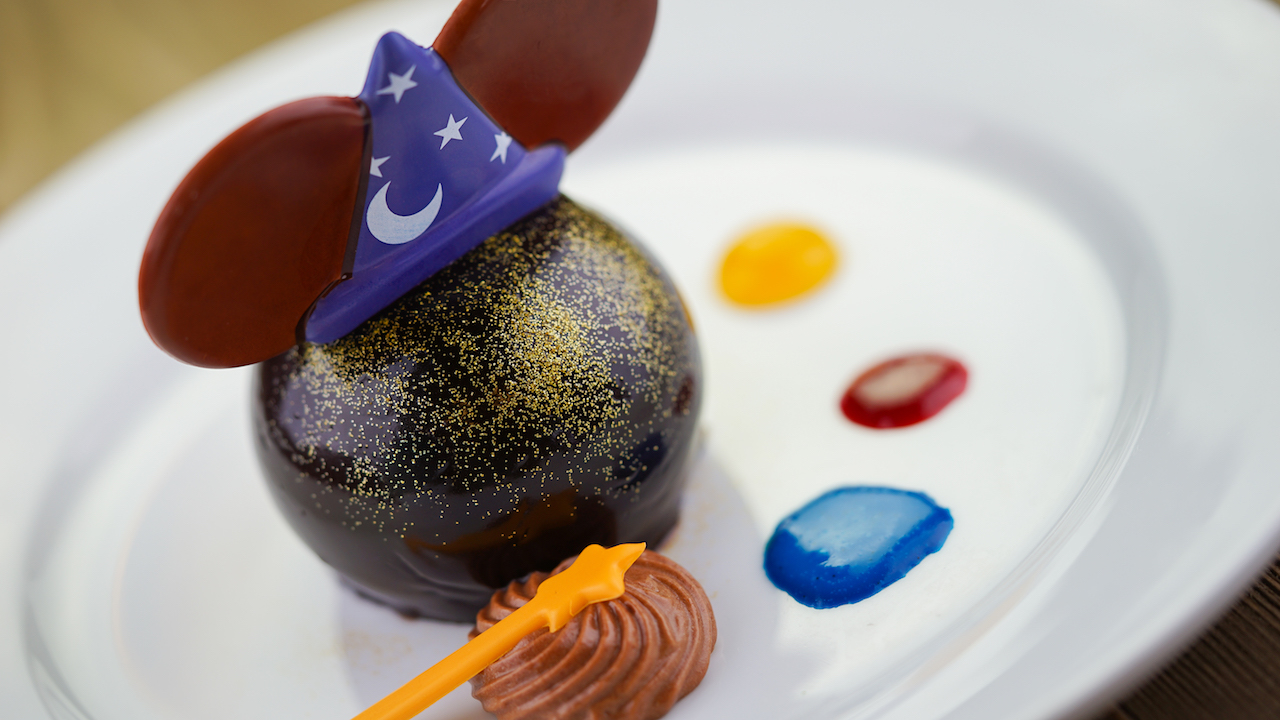 Save money at DISNEYLAND!

Purchase discount Disneyland tickets and vacation packages from my affiliate Get Away Today.

Use the Promo Code REWRITTEN and receive an extra $10 off any 2-night or longer Southern California package. (Hotel and 2 ticket minimum purchase to qualify for the discount). 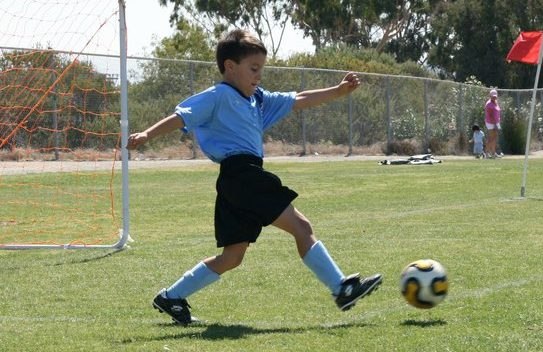 When Did We Stop Rooting for Ourselves?
Read Next Post →

[…] just having visited Disneyland for a summer family media event, I’ve shared a post about What’s New, What’s Returning and What’s Coming to Disneyland. The #SummerofHeroes event is wrapping up at Disney California Adventure park on September 10th. […]